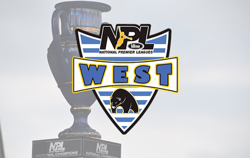 These eight clubs are bringing their 11-U and 12-U age groups to the National Premier Leagues (NPL):

These nationally recognized clubs have created a formidable NPL in the southern half of the state, now featuring 11-U through 17-U boys divisions that play NPL schedules and qualify to the ENPL postseason.

“We congratulate these clubs for coming together and expanding the NPL West,” said US Club Soccer CEO Kevin Payne. “This expansion not only strengthens the league and the National Premier Leagues in general, but also gives the clubs control over factors impacting player development.”